Thanks to an invitation from Gaya Travel, yours truly was at LEGOLAND Malaysia Resort to witness the unveiling of LEGO NINJAGO: The Ride. A new cutting-edge technology which has never yet been seen before in any other themepark in the world……

If you have ever dream of being a ninja warrior with super powers, this is the ride that will make your dreams come true…You will be able to hurl lightning bolts, move shockwaves, blast soaring ice and pelt your enemies with fire balls….all through 3D imagery, high-tech sensors and just using your own hand movements in a striking motion.

Based on the popular LEGO series NINJAGO, which had been brought to life by LEGO (if you still do not know what LEGO is, which rock did you crawl out from…?? Head over to Toys ‘R’ Us or Hamleys and check it out) and a TV series airing over on Cartoon Network.

The NINJAGO series tells the story of four young ninja heroes- Kai, Jay, Cole and Zane- who train under the watchful eyes of Master Wu to master the ancient martial art of Spinjitzu. 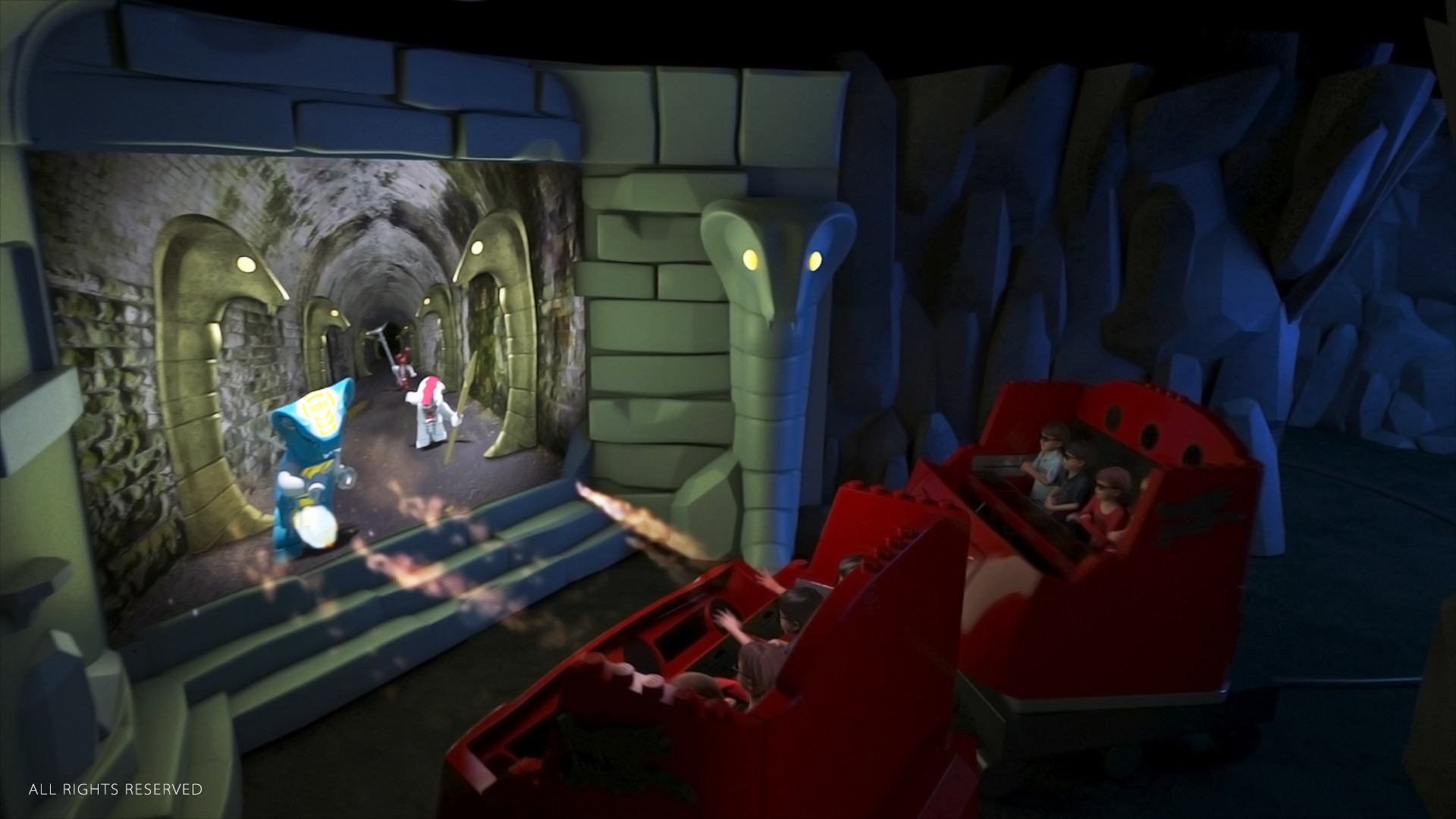 The ride will give you a chance to be one of these four young ninja heroes and take you on a journey through dojos to master your skills with Master Wu before heading into battle to vanquish your enemies from the snake tribes, ghosts and skeletons to the Great Devourer, and all with 4D effects of heat, smoke and wind, which will also be incorporated to give you the ultimate interactive experience too!! You will be collecting points for both your training and battle efforts and your scores will be displayed once your quest and ride is completed… so you can see how awesome you are (or not….in my case usually!!)

LEGO NINJAGO : The Ride will be the largest additional investment since the opening of LEGOLAND Malaysia Resort after the launch of its Theme Park, Hotel and Water Park, at a whooping RM40 million!!!

LEGO NINJAGO : The Ride is manufactured by Triotech, world leader in media based interactive attractions, and features Maestro hand gesture technology that enables guest to control the outcome of their adventure with just the power of their own hands without the use of a hand-held device.

LEGO NINJAGO: The Ride is targeted to be opened in November 2016 (yup, this very year!!!) after the VIPs present at the unveiling laid some of the first bricks in a short ceremony, in a brand new section of the Park called NINJAGO World. I know I cannot wait to see this…..

LEGOLAND Parks are the first in the world to leverage the cutting-edge technology, with the launch of the NINJAGO Ride in Billund, Denmark earlier this year, followed by the California Resort in April, and now, LEGOLAND/Merlin’s Magic Making team will be bringing this to Malaysia so we can be the first to enjoy it in Asia as Mr Hans Aksel Pedersen, Managing Director of LEGOLAND Parks said…and psst… that is going to attract other people from around the region to LEGOLAND Malaysia too!!!! Yaaayyy… *Clap Hands and do Happy Dance*

For your info, LEGOLAND Malaysia Resort has been awarded Best Tourist Attraction in the Man-Made category at the prestigious Malaysia Tourism Attraction for the year of 2014/2015, ranked No.1 in the TripAdvisor Traveller’s choice award 2016as the first choice families hotel in Malaysia, and named No.6 in Asia overall, being the only resort in Asia to make the cut.

This is so exciting and I really can’t wait to check out the ride when it is open, how about you….Special thanks to Gaya Travel magazine and LEGOLAND Malaysia Resorts for having me over….

How to get there

From the North-South Highway / Senai Airport

From Johor Bahru / CIQ / Singapore via the Coastal Highway

From Danga Bay, proceed straight via the Coastal Highway > Proceed all the way to Iskandar Puteri  > LEGOLAND Malaysia Resort will be seen before reaching Kota Iskandar

From Singapore via the Tuas Second Link

Till the next post… have a great day and thanks for reading, live life -lah..