Ipoh has always been one of my favorite cities to visit because it is steeped in heritage….

Our short little visit to Ipoh brought us to some of the 27 heritage spots in Ipoh…. 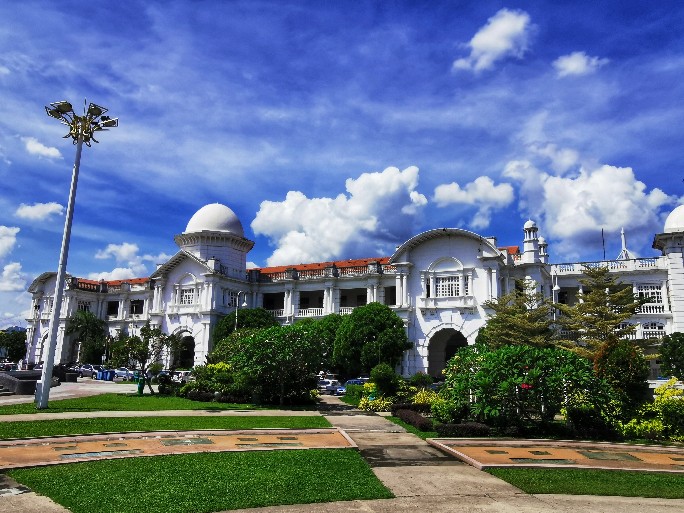 Birch Memorial
– The four-sided Birch Memorial Clock Tower stands in front of Ipoh State Mosque. The white-washed structure’s four statues surround the centrepiece. These represent the four pillars of British administration: ‘patience, and also relates to a story of violence, revenge and a Malay uprising…

Concubine Lane
– Concubine Lane was built by mining tycoon Yao Tet Shin for his three wives. Each lane was fittingly named Wife Lane, Concubine Lane and First Concubine Lane. While another version of the local tale is that it was also the place where rich men hid their mistresses.

Today, Concubine Lane is the most famous lane, having been transformed into a popular hangout with a variety of pop- up stalls selling ice balls, flower shaped cotton candy, Rainbow coloured cheese toast, knick knacks and more.

Psst… And platform 9 3/4 just opened in one of the shops there to make Concubine Lane even more popular to fan of Harry Potter and fantasy!!! 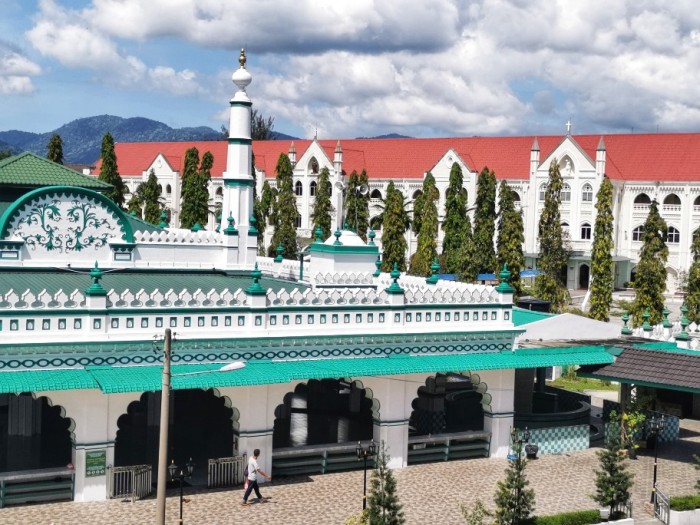 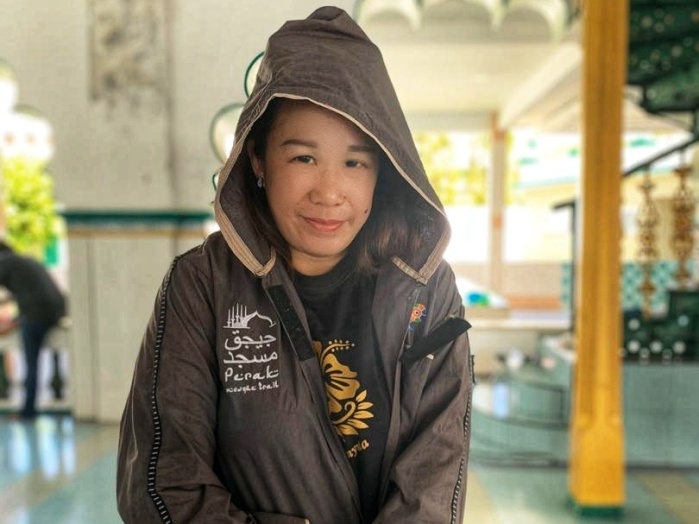 If you are a non-Muslim or a free hair Muslim, fret not they have robes for you to borrow for visiting the inside of the mosques…. 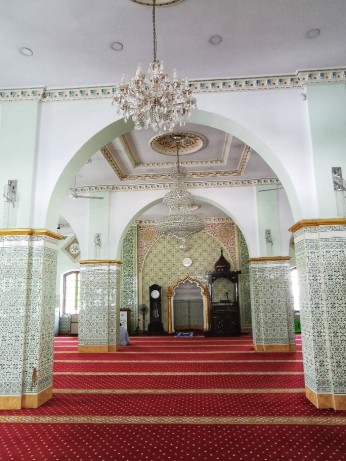 Masjid India Muslim (1908)
Built in the Mughal style for the local Indian population, this mosque has an attractive, lacey, green-and-white design by a wealthy Indian Muslim named Shaik Adam, following a dispute with Muslims in the Malay community…. 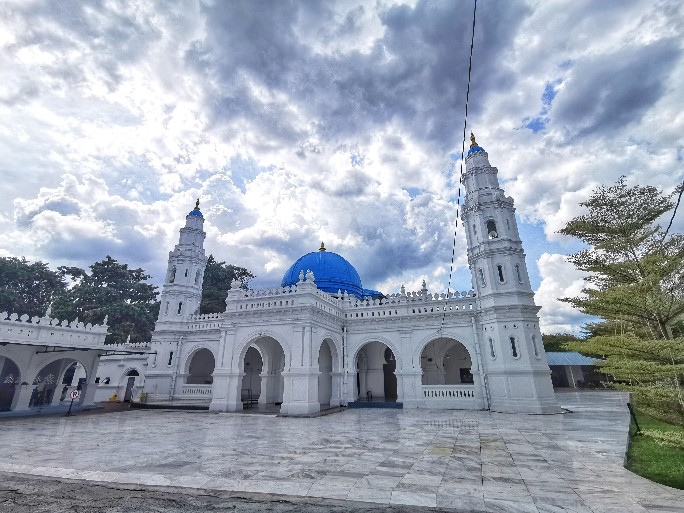 Masjid Dato’ Panglima Kinta (built in 1898)
Masjid Panglima Kinta is an old mosque at the east bank of the Kinta River… It was built by Dato’ Panglima Kinta Muhammad Yusuff in memory of his wife who passed away that year… Work on the mosque began in 1898. It was one of the most beautiful and largest mosques in Ipoh when it was completed. The mosque has two minarets and a central dome.

A well-known resident of the mosque was the Egyptian Quran teacher Shaik Tholji who was instrumental in popularizing Quran recitals in Perak.

Dato’ Panglima Kinta  and his family are buried in the mausoleum located at the side/behind the mosque.

Beside these 3 mosques, there are also the Masjid Kampong Paloh (1912), Masjid Pakistani (1930),  Masjid Baru Muhammadiah Masjid Cina (last year) and Masjid Ubudiah (1917) if you want to discover more of Peraks beautiful mosques….

Kopi – O  mural can be reached if you continued to walk along the road near to the Ipoh Field… Look up on the old building at the parking area and you will see five bags of Kopi-O painted with different levels of drinks in it on the side of the building.

Kopi “O”, despite being black coffee, is one of the murals to celebrate Ipoh as the birth of the famous white coffee.

(these 3 wall murals are just among the 7 wall murals painted by Ernest Zacharevic, the same artist who painted those popular wall murals in Penang…)

This is Kedai Sin Ma, a mural by Singaporean artist Yip Yew Chong… We saw this before we spotted the Evolution mural 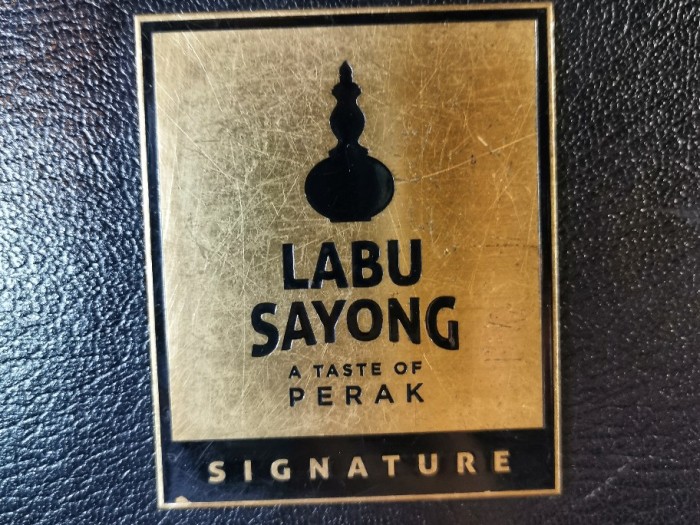 We ended our interesting and fulfilling day visiting some of Ipoh’s Heritage sites at the Labu Sayong Signature restaurant..

We indulged our palates in the LABU SAYONG Signature set…. Which was just seriously so good it is fit for royalty or even celestial beings (bunian, fairies, or mystical princesses).. It was a four course meal and it was just superb… 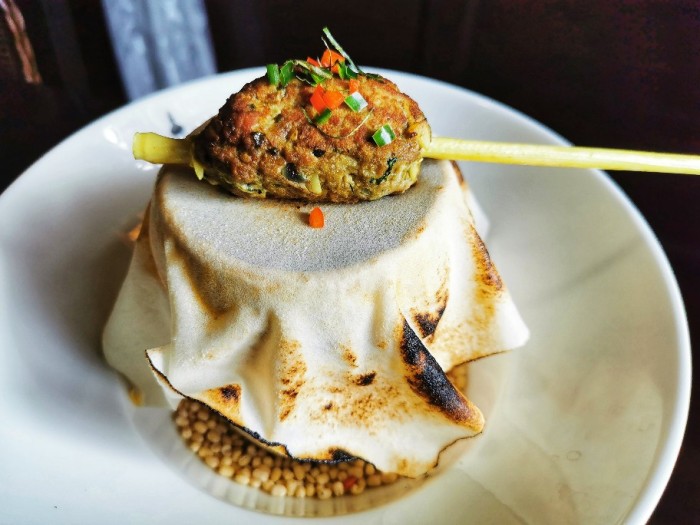 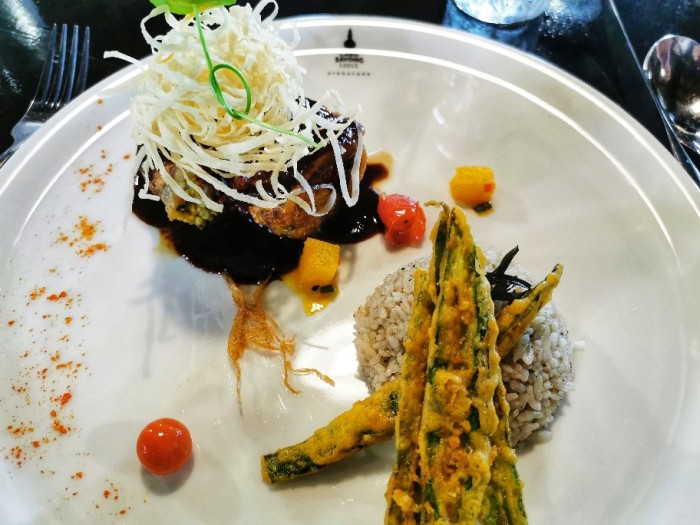 We ended this amazing lunch with dessert in the form of Putri Gunung Ledang dan Pisang Goreng Rangkai… Basically, small rice flour dumplings stuffed with date sesame served with coconut gravy in a bowl made from ice with flowers frozen inside, and deep-fried crispy banana on the side…

Never had I been so satiated with such beautiful and delicious food, which have been so painstakingly well plated and presented and also equally tempting… And you will be surprise that this whole set only cost less then RM70!!!! 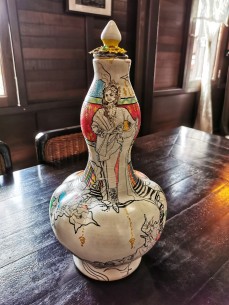 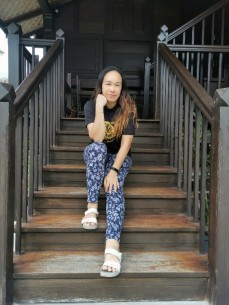 Labu Sayong Signature offers more than 50 different dish selection to customers and 70 percent of them are traditional ‘authentic’ food of the State of Perak and is ready to customise your dining experience anytime…. Seriously 10 stars!!!!!

One thought on “Heritage Ipoh in a day…..”