I can never resist beautiful golden beaches or misty mountains in early morning… and when it comes to wildlife, I have to admit that the magnificent huge yet graceful elephants, stealthy leopards and those giant whales fascinate me more than anything… and I just realised that you can find all these and just so much more in a small island nation….. Sri Lanka….

I have only had the opportunity to see in inside of Colombo’s Bandaranaike International Airport when I was there ages ago on a transit flight to Europe from Malaysia, but I really, really am hoping to be able to visit this gorgeous little gem of a country sometime soon in the near future…

With many amazing sites and activities in a small island nation like Sri Lanka, there is just so much to experience from sun kissed beach holidays to a marathon of wildlife watching, adrenaline pumping adventure sports and pilgrimage to some of the oldest cities in the world, I really hope to be able to personally view these gorgeous places soon and share them with you….

Sri Lanka is an island nation located in the Indian Ocean, south of the Indian peninsula. It is an idyllic holiday destination with an amazing plethora of experiences to choose from and did you know Sri Lanka is home to 8 UNESCO World Heritage Sites!!! Not only that, there is just so many romantic landscapes, lush green tea gardens and beautiful awe inspiring spots, natural, historic and cultural, each picture almost more perfect than the next.

Here I am sharing 12 amazing places in Sri Lanka, I know I want to visit and which I really think you all should too……

The Lion’s Rock is a huge column of granite, some 180 metres in height, situated in the middle of a vast jungle. The summit of the rock holds ruins of a palace built by King Kashyapa in the 5th century. The entrance to the palace is constructed in the shape of the mouth of a giant lion.

A series of staircases and galleries lead up the steep slope to the fort. Countless frescoes or paintings adorn the walls of the rock, while a highly polished ‘Mirror Wall’ has verses inscribed all over it by visitors to the rock as far back as the 8th century. The rock palace is surrounded at the bottom by ornately designed gardens, water pools and a moat. The Lion’s Rock is a recognized World Heritage Site, sometimes even thought of as the 8th wonder of the world.

Spend your days, soaking in the sun on a hammock and whale-watching at the little village of Mirissa, one of the most appealing beach hideaways in Sri Lanka.

The real world will be forgotten as soon as you enter this beachy paradise. Mirissa, definitely has to be on your list of beautiful places to visit in Sri Lanka for an amazing holiday.

Dolphins and kitesurfing are what bring people to the Kalpitiya peninsula.

Schools of dolphins hundreds strong can often be seen jostling and playing in the offshore waters and boat safaris offer close-up views of these aquatic mammals. Meanwhile, for those who want to pretend to be like a dolphin dancing through the waves, they can try their hand at kitesurfing conditions in South Asia.

Get dazzled by the leopards at Yala National Park, home to one of the highest densities of leopard in the world.

Full of grassy plains, forest, lagoons and a coastline, this National Park is no less than a big cat paradise.

Temple of the Tooth in Kandy

Kandy is definitely one of the most culturally gifted places you have to visit in Sri Lanka. The Sri Dalada Maligawa or ‘The Temple of the Tooth’ is a world-renowned Buddhist shrine that treasures the sacrosanct Danta Dhatu or the left tooth of the Buddha.

With the beautiful man-made Lake Kandy right next to it and the lush Udawattakele Forest Sanctuary in the background, it is a tranquil retreat away from the urban crowds. And well, it is open 24 hours a day! 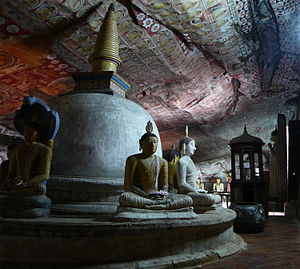 Dambulla is the largest and the most well-preserved cave temple complex in the country. Although there are over 80 recognized caves in the adjoining area, five caves especially endowed with paintings and statues related to Lord Buddha and his life form the Dambulla cave temple complex.

This cave temple dates back to the 1st century BC and is built at the base of a 160 metre high rock. The inner walls and ceilings are painted with intricate patterns of Buddha and the Bodhisattvas as also various gods and goddesses.

Over all these centuries the caves have been turned into shrine rooms and many kings have added characteristic elements of their respective periods’ art and sculpture, making the Dambulla cave temple complex truly representative of Sinhalese art and sculpture. It is definitely a very mesmerizing place to visit in Sri Lanka.

Just about 14 km away from from present day Polonnaruwa town are the ruins of the ancient walled city of Polonnaruwa, a World Heritage Site dating back to the 11th century Polonnaruwa kingdom ruled by King Parakramabu. He had built this glorious city with magnificent palaces and temples, Buddhist monasteries and statues, many of which have stood the test of time and made Polonnaruwa one of the most exquisite places to visit in Sri Lanka. 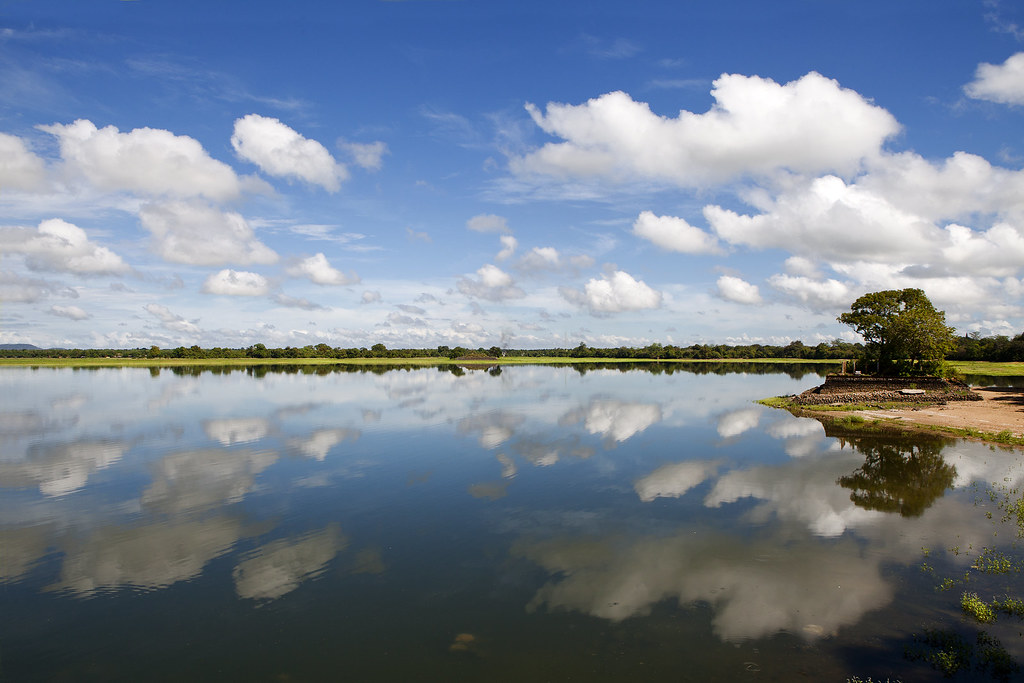 Parakrama Samudra is a reservoir complex made up of three shallow reservoirs connected by narrow channels. The ancient ruins cover an extensive area and are densely populated by Toque Macaques, who are known to have inhabited the place ever since human occupation. A few of the ruin sites most worthy of being visited are the Gal Vihara rock shrine, that has a number of gigantic statues of Buddha in different postures, the Alahana Pirivena Buddhist temple complex and the Lankathilake temple.

Galle which is located on the southwest of Sri Lanka is an ancient port city famous for being an important trade centre for cinnamon and other spices since the 15th century. The Old City has an unmistakeable colonial air, with several Dutch-style architectural marvels waiting to be explored in every nook and cranny.

The most impressive of these is Galle Fort, built in 1588 by the Portuguese and later fortified by the Dutch, eventually to be recognized as a World Heritage Site by UNESCO. It is now home to a multi-ethnic population and plenty of bustling restaurants, stores, cafes, hotels and souvenir shops.

Get mesmerized with the amazing views through Ella Gap overlooking a spectacular gap in the southern mountain wall.

Situated in the middle of beautiful countryside, with small vegetable plots, tea plantations on the hill slopes and forests on the tops this hill station is nothing less than breathtaking. Ella undoubtedly, is one of the must visit places in Sri Lanka.

Nuwara Eliya is a 19th century hill station that managed to retain its colonial ambiance with its golf course, gentlemen’s clubs and mock-Tudor buildings. It is among some of the most beautiful locations in Sri Lanka for a scenic rail ride.

Experience the stunning views of the surrounding tea plantations, waterfalls and dramatic mountains the train takes you from Kandy to Nuwara Eliya.

It began in 1975 to house abandoned and wounded elephants. The number of elephants has since increased to more than 65 now, which includes baby elephants brought in from various parts of Sri Lanka as well as 23 babies that were born from a captive breeding programme….

Adam’s peak is amongst the most beautiful places in Sri Lanka. Climb the slopes at night to watch a breathtaking sunrise at dawn that would be hard to forget. A biodiversity hotspot and a UNESCO World Heritage Site, it is difficult to match the spectacular views from Adams Peaks in whole of Sri Lanka.

SriLankan Airlines has double daily flights out of Kuala Lumpur to Colombo. It is just a 4 hour trip from KLIA to the Bandaranaike International Airport, and the island paradise nation of Sri Lanka…… 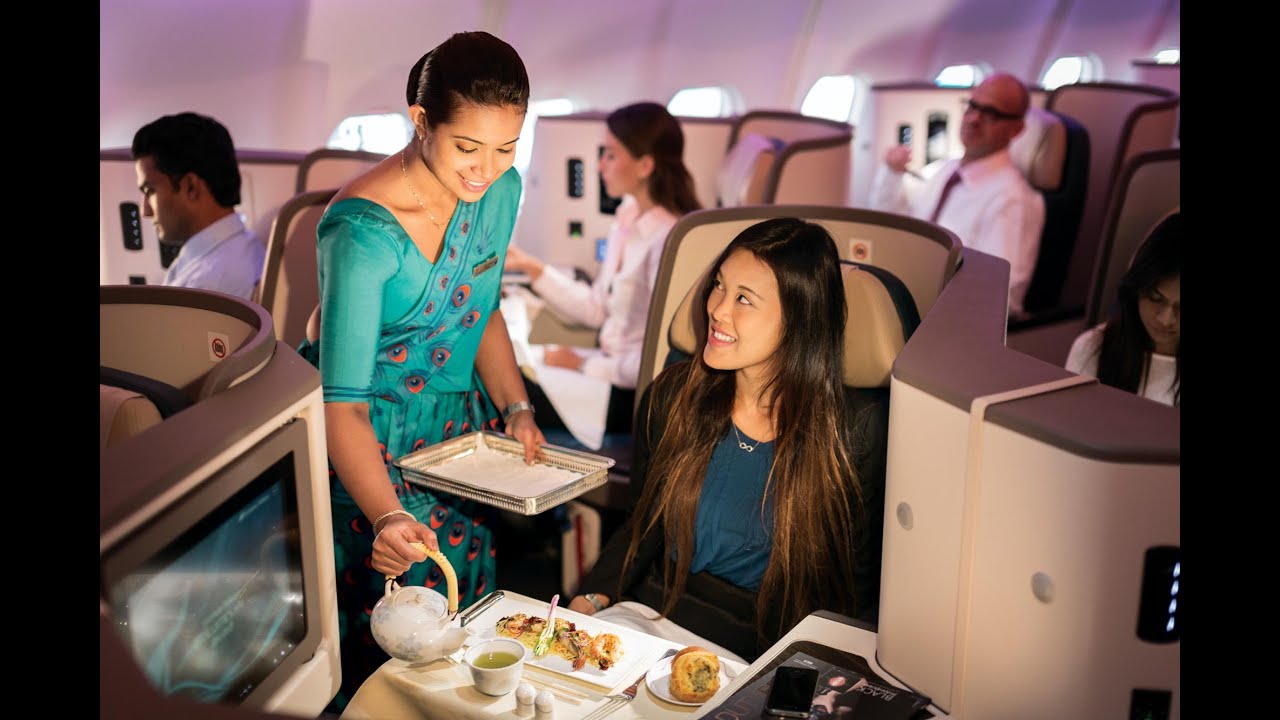 For your information, SriLankan Airlines is not only a gateway to Sri Lanka but it also provides convenient connections to its global route network of 100 destinations in 48 countries including in Europe, the Middle East, South Asia, Southeast Asia, the Far East, North America, Australia and Africa.

The airline has also won multiple awards, including “Superior Achievement in Passenger Experience” at the APEX Passenger Choice Awards and the “Best Full Service Airline for Asia Pacific Region” by Future Travel Awards, both in 2015, and is a member of the oneworld airline alliance . They are the first carrier from the Indian Sub-Continent alongside some of the biggest and premier brands in the airline industry…

For more info and for some unbelievably affordable packages via business class, 5 star hotels and transportation via air conditioned luxury car , check out: www.srilankan.com/my

Note:Pictures all taken from google, credit belong to their rightful owners and do not belong to me.. used only for illustration purposes.